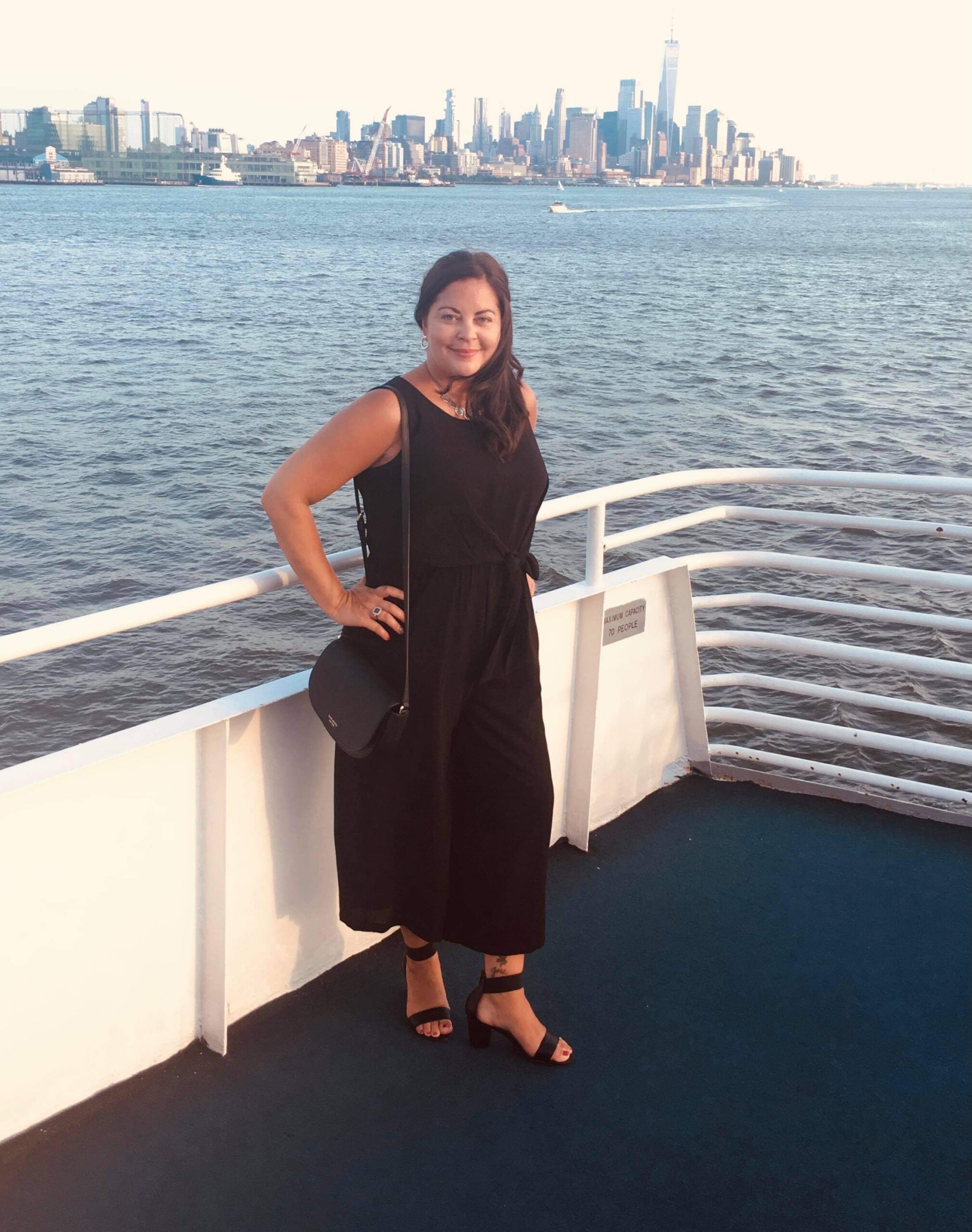 How did you get started being a colony caregiver?

One day I was going for a walk and noticed a black and white cat outside. At first I didn’t think anything of it since people often have indoor/outdoor cats, but I saw the same cat every day on my walks so I decided to investigate more. I asked my neighbors if he belonged to anyone and no one claimed him.  I started feeding him under my car every night to figure out if he was in fact a stray. After about a year of night feeding, he brought Mom Cat and her two kittens to dinner, which then confirmed to me that he was a stray.

How many cats do you take care of? How many have been TNR’d?

At first I was feeding one… then four… and now I’m feeding 13! Dad, Mom, and kittens are already TNRd so I have six more to go. 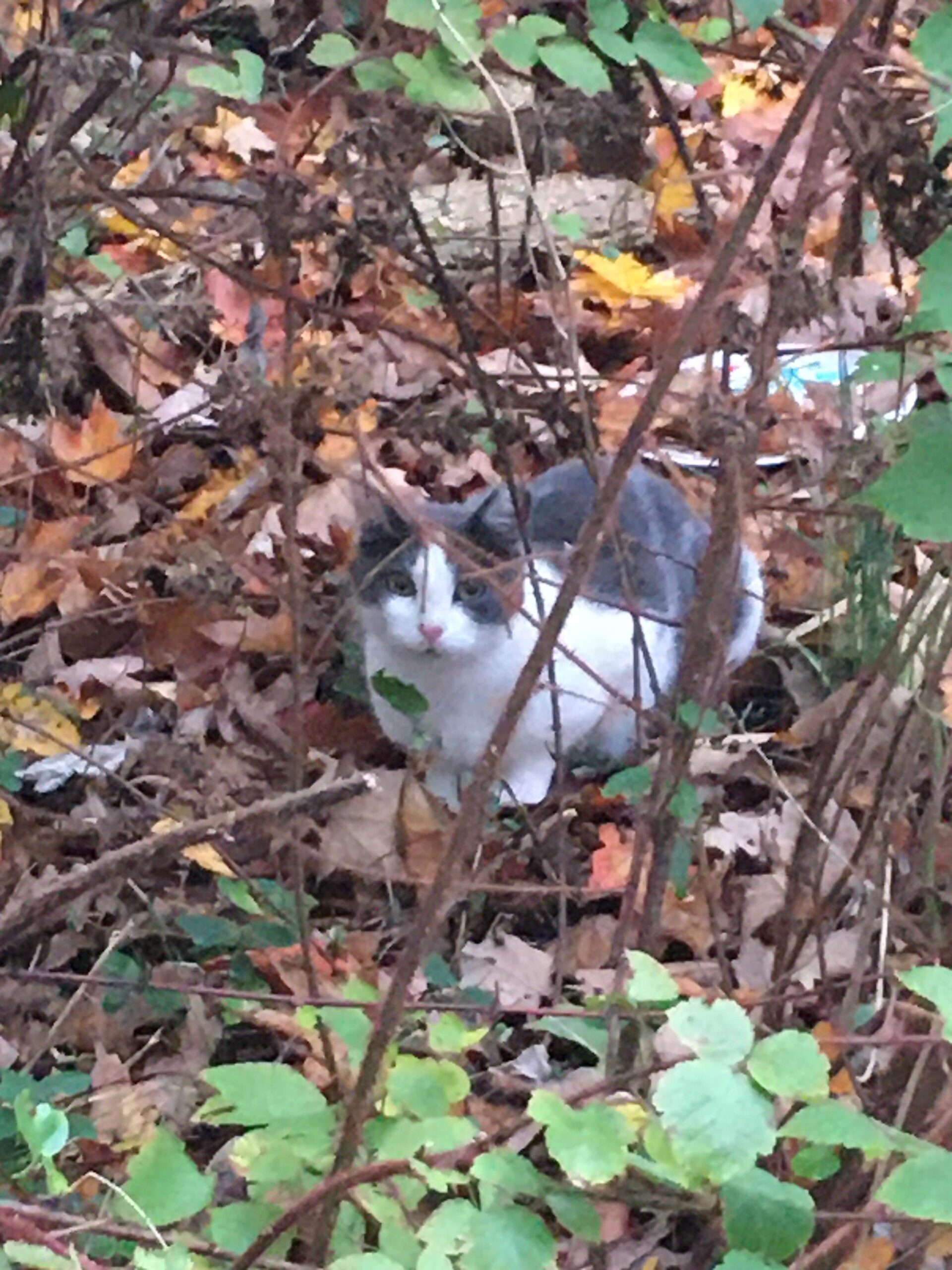 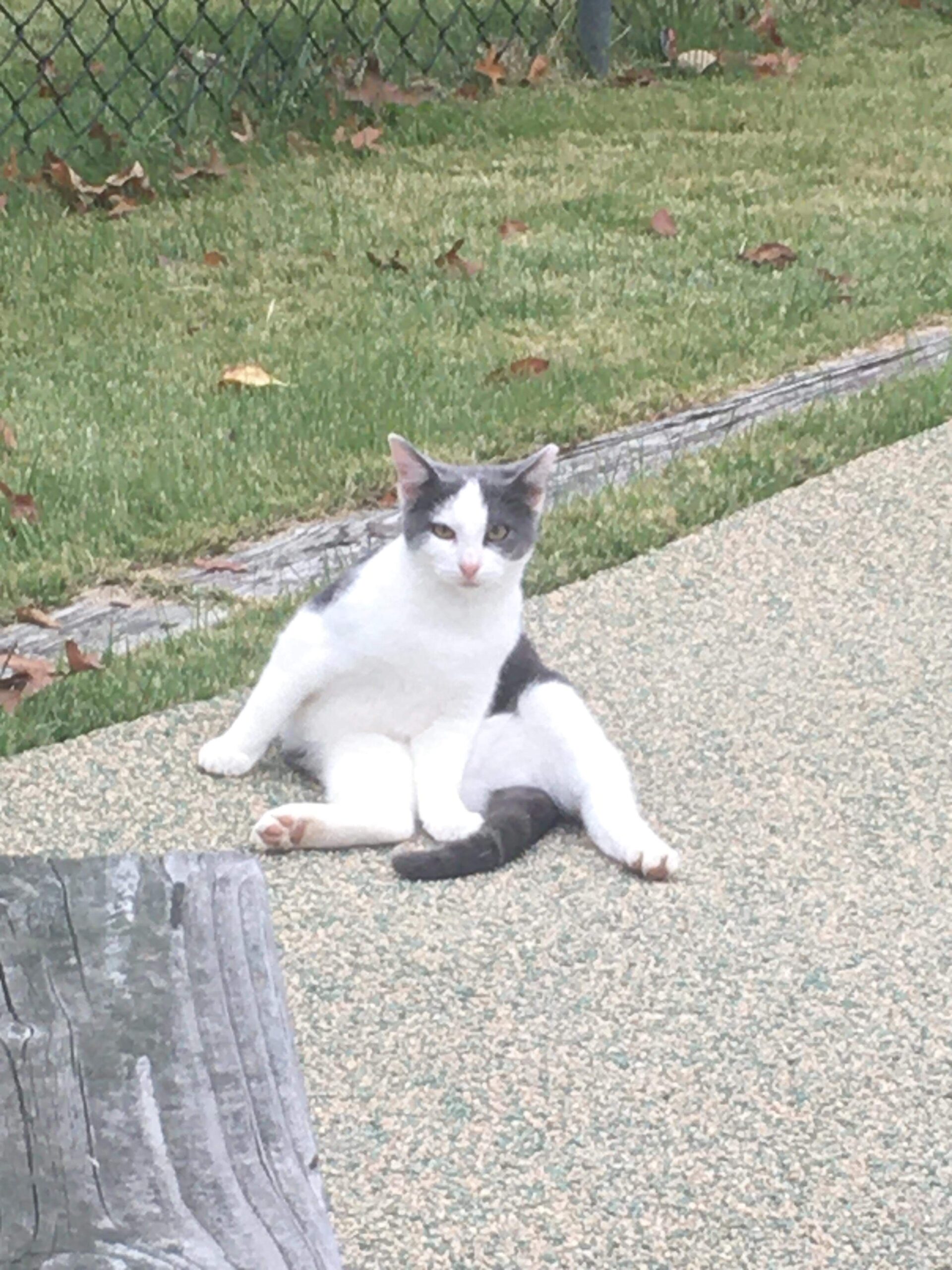 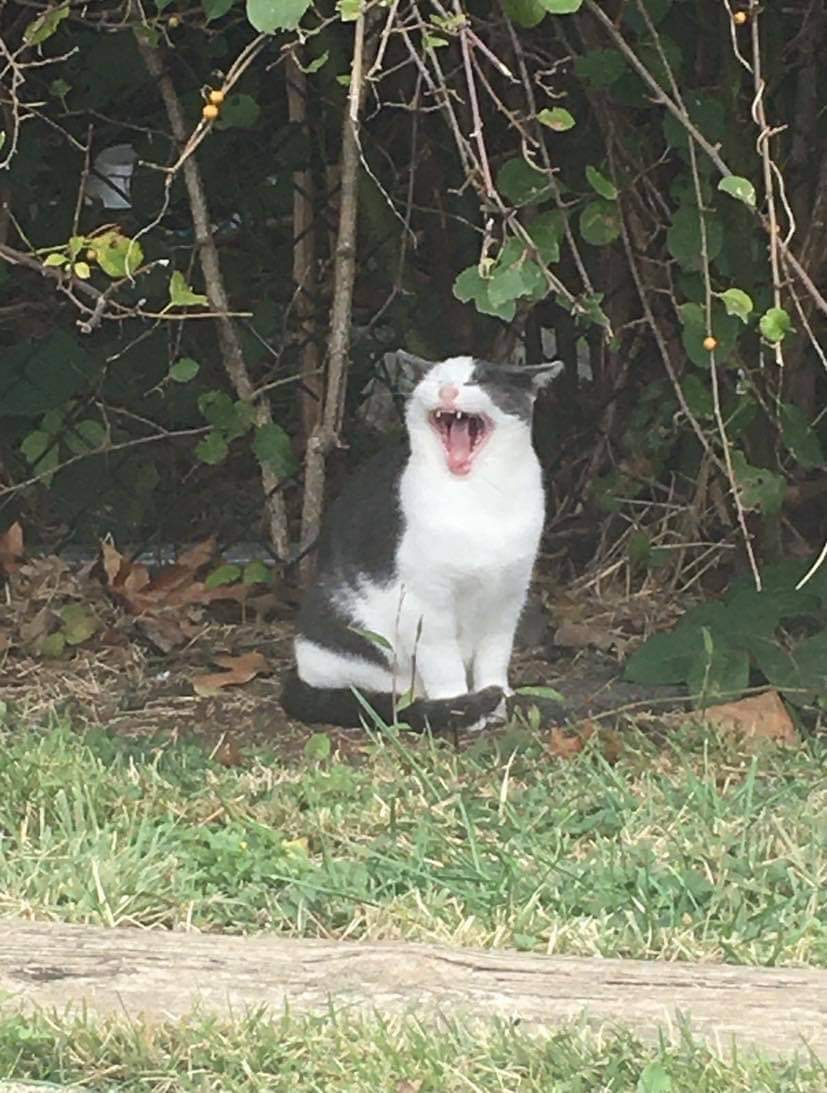 Tell me about your cats!

This is my first colony and for the first year I would just feed under my car and monitor how many cats showed up.

I was just a fast food restaurant to them. I never had any contact with them because they would run away. I was able to spend more time with them over the last year and gained their trust. I have them on a morning and night feeding schedule now. We even have playtime with a laser toy, but they still run if I try to get too close to them.

I named one cat Sadie, but now they all seem to think their name is Sadie because they all show up at the same time once I start calling Sadie.

The gray cat with kittens is Mom Cat –  I first noticed her three years ago with her first set of kittens. At that time, she had two (one all black female and a black and white male). Once I knew she was a stray I was able to catch and save the kittens.  They went together to a great home, and that’s when I started walking around and going door-to-door asking people who Mom Cat might belong to, but nobody claimed her.  She then had another set of kittens, which I was able to have fixed.   I finally caught Mom Cat in October 2020 – she was hard to catch, and before she was fixed she had one more litter of two kittens.  The one in the picture is her last kitten who she never leaves.  She goes everywhere with her last two kittens.  Since I first noticed her three years ago, she’s had about 15 kittens! 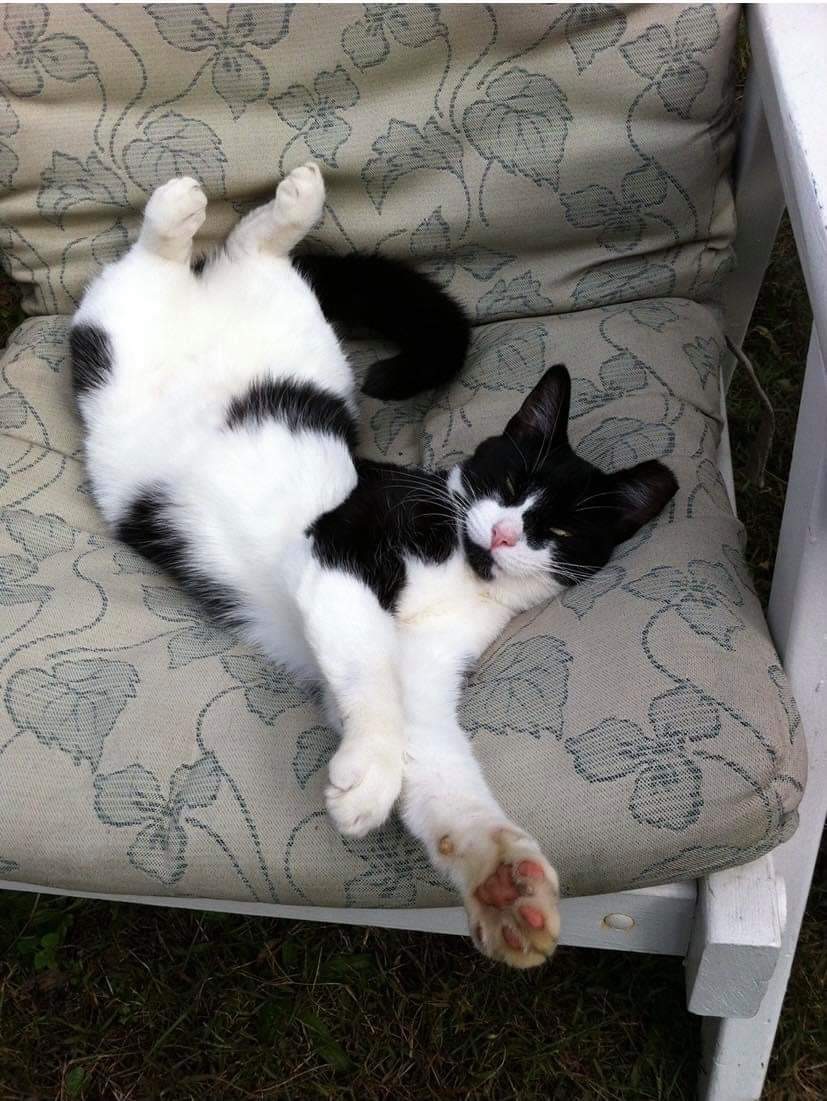 What are the best and worst parts of taking care of your crew?

Even though they don’t let me get close to them, I see how happy they are during our feeding and play times. I hate that they live outside and I worry all the time for their well-being. In a perfect world they would all have loving forever homes.

Do you face opposition from your neighbors? How do you handle it?

No, the cats live by a forested area. The property owner also feeds them. They allowed me to set up feeding stations and shelters.  The cats are well taken care of and they are loved. 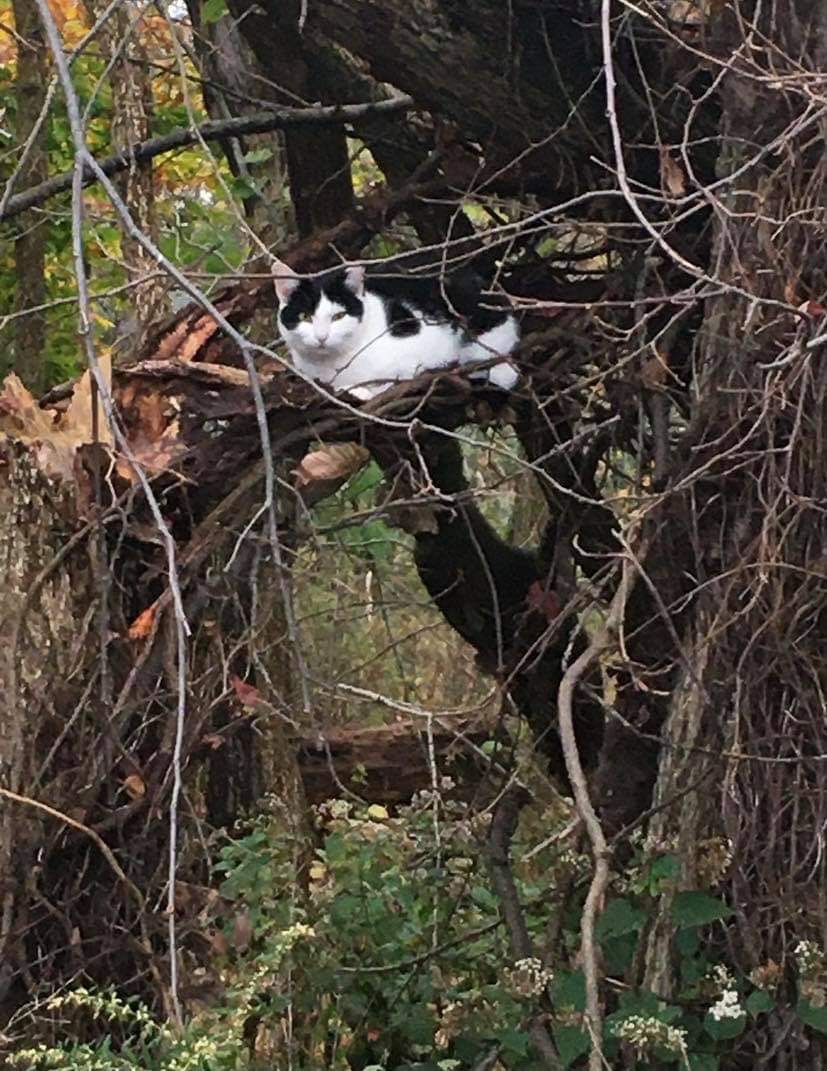 Have you ever trapped a cat yourself?

Yes, I was able to trap and socialize the first two kittens on my own. I put wet cat food out in a cat carrier and was able to get both kittens. One kitten was very sick and I nursed him back to health.  Both went to a loving forever home together.

How did you hear about CPAW? How has CPAW helped you?

CPA had an event at a store in my area. I emailed them for help with a TNR program in my town and they provided me with contact information.

Please help us Spay it Forward and neuter community cats like Jessie’s by donating now.

If you or someone you know is a Community Cat Caregiver in New Jersey and would like to be featured on our site, please email amanda@cpawnj.org. 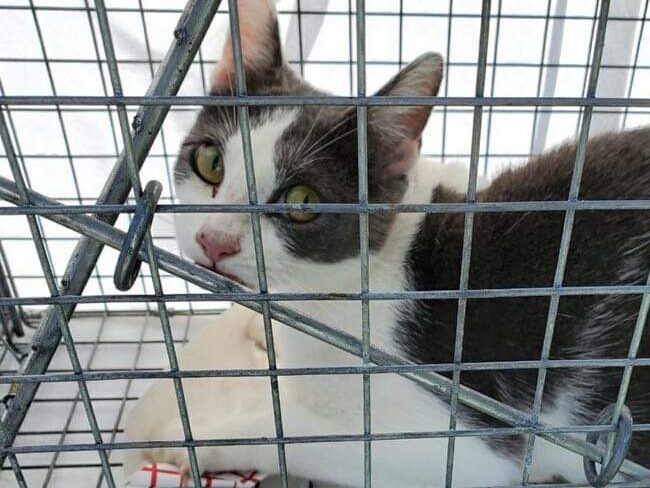