I'D LIKE TO DONATE IN MEMORY OF A LOVED ONE

“What greater gift than the love of a cat.”

The story of Rosie’s rescue and her life… 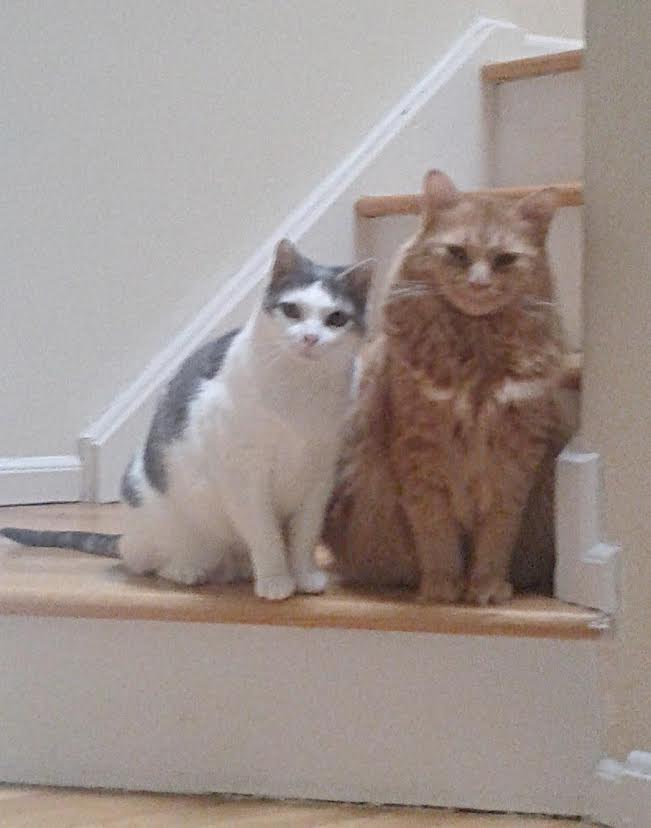 “Rosie” first showed at my house as a feral kitten in the summer of 2007 accompanied by her brother and sister. I put food out for them daily after I saw them and realized they were community cats. I was naïve about Trap, Neuter, Vaccinate, and Return (TNVR) so I didn’t try to trap them right away.

However, in the spring of 2008, Rosy brought two very cute tuxedo kittens, “Winkie” and “Blinkie”, with her to feed. All three continued to come by every day and I knew then I had to trap them and have them spayed and vaccinated. My first few attempts to trap them were quite awkward not having done it before, so they managed to get out of the trap. I learned from my mistakes and after a couple months, I was successful in trapping them. I had them spayed and vaccinated but my compassion for them wouldn’t allow me to release them outside due to extremely cold weather at that time. So, I released them in my basement. They were happy being together. I placed my first web camera on the food, water, and litter and saw that they regularly came out ate, drank, and used the litter box. In time I saw that they were exploring their surroundings and I slowly moved their food to the kitchen where they still eat with my other cats to this day.

Rosie was the most forward of the three and seemed interested in me from the start. She would hang out near me and would “smell” my finger when extended. I even would get an occasional pet in. She would spend most of her day on the first floor with us. She was a cat that you couldn’t help but love.

My fondest memory of Rosie is of her flirting with “Sanji”a big long-hair orange male. She just adored him and would just beam when she saw him. She would frequently walk alongside of him until he stopped, and then she would walk just ahead of him and lie down on her side blocking his path. He was fond of her too.

Sadly, Rosie passed away from cancer at 10 years of age. She is deeply missed. We look forward to seeing her again at the Rainbow bridge and crossing over it together.

I support CPAW NJ in their mission to help outside cats and in surrender prevention to honor Rosie’s life and memory. I learned from her, as well as other outdoor cats, how trap, neuter, vaccinate and return (TNVR) helps these cats live a longer and healthier life. By donating to CPAW NJ I can help other cats and their families to find the love Rosie brought to me and my family. 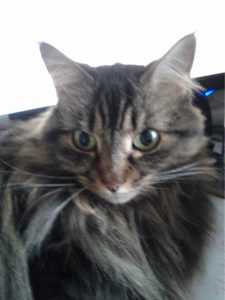 I support CPAW NJ in their mission to help outside cats and in surrender prevention to honor Rosie’s life and memory.

I learned from her, as well as other outdoor cats, how trap, neuter, vaccinate and return (TNVR) helps these cats live a longer and healthier life.

By donating to CPAW NJ I can help other cats and their families find the love Rosie brought to me and my family.

The first cat I rescued was in 1978 when I picked up a small orange male kitten in two feet of snow. “Bilbo” is still one of my favorite cats. I didn’t get immersed in cat rescue until 2008 when I attempted to trap Rosy and her two daughters, Winkie and Blinkie. I say attempted because after having them spayed, I did not release them outside due to bad weather so they stayed in my house. Shortly after, my wife’s favorite cat “Pumpkin” passed away so we adopted Daisy, an orange female, from PAWS of Montclair. I became more and more interested in the work PAWS was doing so I volunteered. I started by helping at their adoption venues and fundraisers. I also began to volunteer and support A Purrfect World (a local cat sanctuary) and now support and volunteer with CPAW NJ.